No, Federal Pacific breaker panels are not safe and you should have them replaced immediately if they are in your home or in a home you are looking to purchase. Federal Pacific Electric Company (or FPE) produced the most widely used circuit breakers in the U.S. from 1950 to 1980 and can be found in homes built up to the year 2000. The most popular model installed was known as the Stab-Lok breaker panel.

These break panels have an extremely high risk of failure, that have been linked to thousands of house fires. Federal Pacific breaker panels fail to trip over 50% of the time when an electrical surge is detected. It is estimated that Federal Pacific Stab-Lok panel failures have caused about 2,800 fires, resulting in at least 13 deaths, and around $40 million in property damage.

Circuit breakers are one of the most important safety devices to any home or commercial property. They protect our homes in cases of circuit overloads, short circuits, has outside power surges, and more. The way they do it is by immediately cutting out the power to the circuit. If too much current flows through the wiring and the electrical breaker fails to stop that on time, there is a high risk of an electrical fire starting.

If you have the FPE Stab-Lock breaker panel in your Louisville home call Laswell Electric Company today and we can get it swapped out for you. 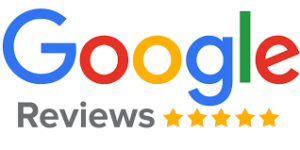